Starting at
$3.00 for 30 days
Get Started
View all rates
You have permission to edit this article.
Edit
Home
News
Sports
Community
School
Opinion
Obituaries
e-Edition
Apple Festival
1 of 5 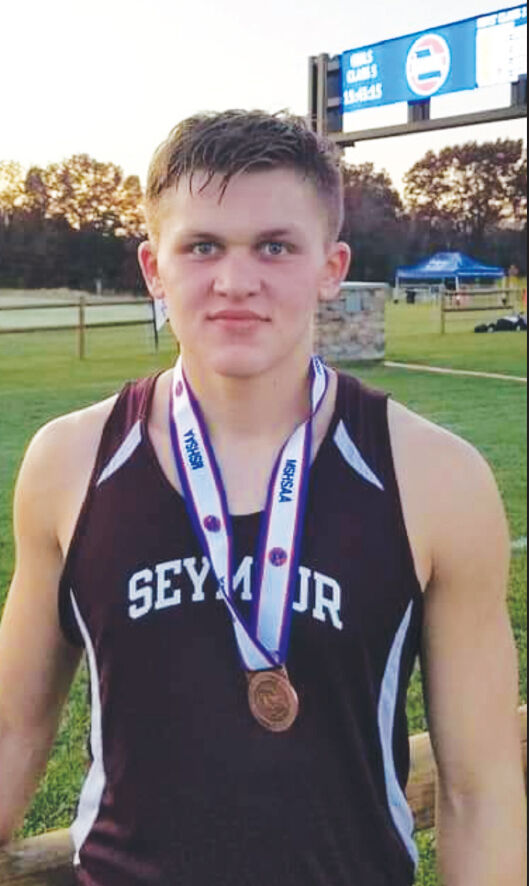 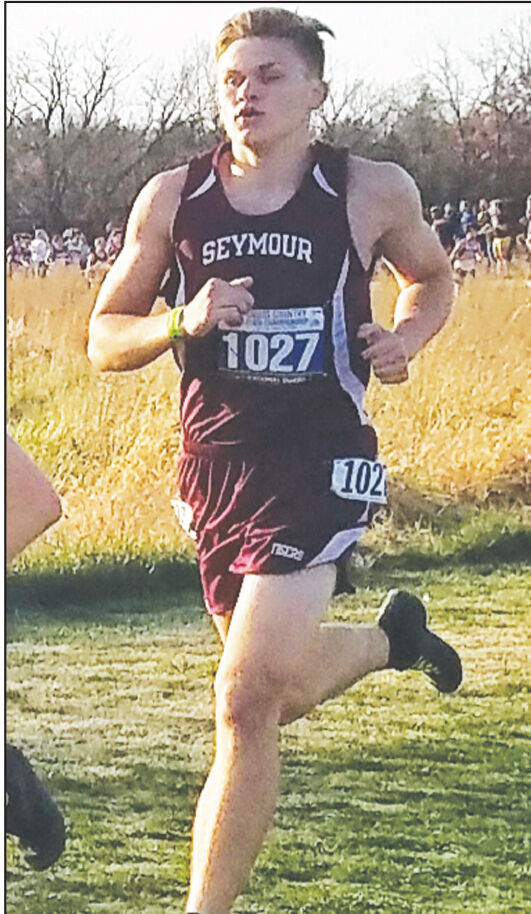 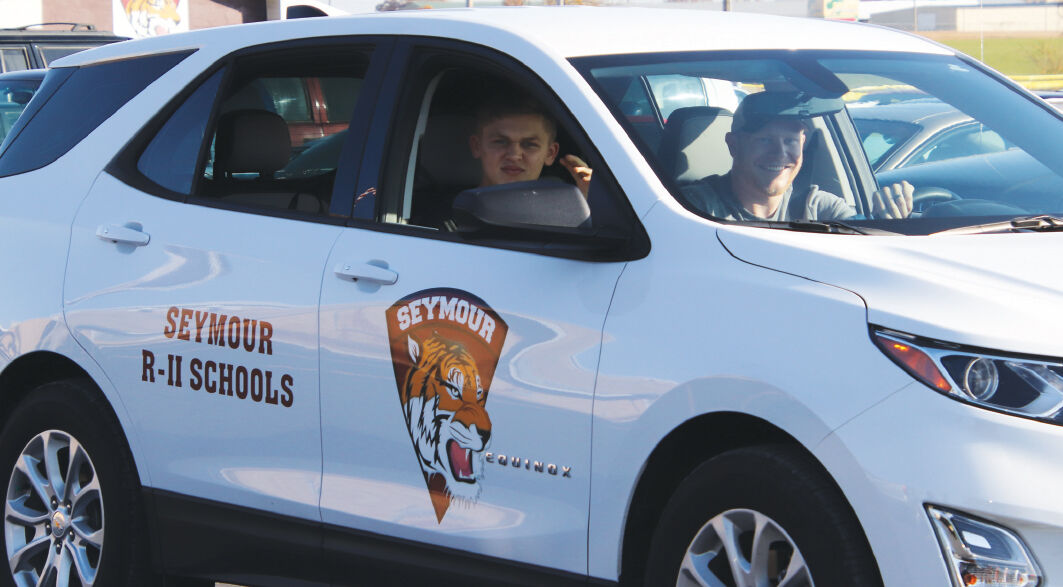 Bryson Benson and Nick Cook draw cheers as they drive through the high-school parking lot.

Bryson Benson and Nick Cook draw cheers as they drive through the high-school parking lot.

A new name will be added to the All-State banner that hangs on the south wall inside the Seymour High School gymnasium.

Benson, a junior, earned Class 2 All-State accolades last Friday after placing 20th at the Missouri State Cross-Country Championships in Columbia, posting a school-record time of 17:22.2 on the 3.1-mile layout.

The top-25 runners in the 168-runner field, all advancing from district-level meets, were named All-State.

Benson received a medal for his accomplishment.

He is the first Tiger cross-country runner to be named to the All-State squad since November 1987, when a pair of Seymour High School runners, Gary Helms and Dennis Gavin, achieved the feat as the Tigers finished fourth as a team at the Class 1A-2A state meet, which at that time was held in Jefferson City.

“Bryson started the season with a goal to be on the podium at state, and he worked very hard every day to make it happen,”

Cook noted. “I couldn’t be more proud of what Bryson and the rest of the team accomplished this year.”

Cook added that community and school support was very strong as Benson departed for the state event.

“I’m so incredibly proud of our school for showing its support,” he said. “They all came out to cheer him on and see him off to Columbia ... students and staff in every one of the school’s buildings came out as we left Seymour.”

In Friday’s state meet at the Gans Creek Cross Country Course in Columbia, the individual state champion was Sam Shuman of Spokane with a time of 16:03.6.

Trey Earls of Conway, a member school of the Summit Conference, finished 15th at 17:13.1, while Bryce Coday of Hartville, also a conference school, was just behind Benson in 22nd place at 17:24.7.

Of juniors in the race, Benson had the sixth-best time.

Only 11 runners who aren’t seniors posted a better time than Benson.

His accomplishment as an All-State harrier is even more impressive considering that Benson played fall baseball, where he was the Tigers’ starter at first base and also saw spot varsity pitching duties.

He also is a varsity basketball player.

Running back Trey Smith to return for third season at Wyoming