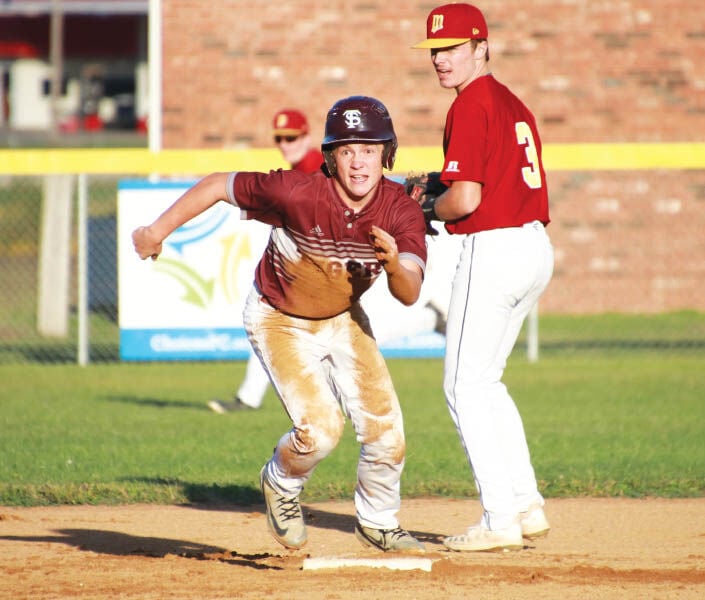 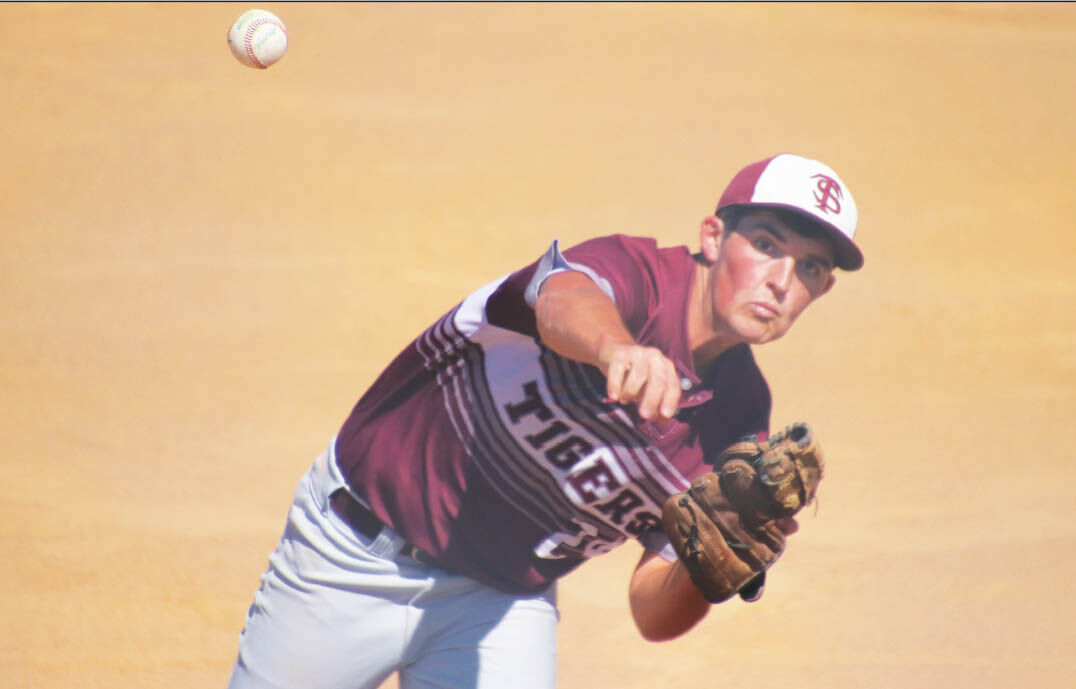 Seymour senior Brock Pearce (24) pitches in the Tigers' 8-2 loss last Friday to Gainesville the second round of the tournament.

Seymour senior Brock Pearce (24) pitches in the Tigers' 8-2 loss last Friday to Gainesville the second round of the tournament.

As in the kind that cross the plate.

“We entered this game struggling tremendously when it comes to offense,” Duey said.

“Above that, we really needed a win. We had lost four straight.”

The opponent was Weaubleau, a perennial Class 1 power.

A 16-3 Tiger victory, which improved the team’s fall record to 7-6, snapped the losing skid and gave Seymour fifth-place honors at its own tourney.

“This for sure was a needed win,” Duey said of the 13-run decision. “It accomplished two things. First, I think it made us feel better entering (this week’s) season-ending Summit Conference tourney. And second, it guaranteed us at least a .500 fall record. Entering the fall, we didn’t know what to expect, and I feel finishing at or above .500 with as young of a team as we have is above expectations.”

Against Weaubleau, Seymour jumped out to a strong start by scoring five first-inning runs.

Leading 6-3 after two full frames, the Tigers posted eight runs in the third inning and two more in the fourth to cruise to a lopsided win.

“It wasn’t like we racked up runs because of Weaubleau’s mistakes,” Duey noted. “We hit the ball hard. A majority of our runs came on legit, hard-hit base hits.

“We scored more in this game than we did in the previous five or six games. It was a breakout game for us offensively, and we needed it.”

Duey said every Tiger starter either had a base hit or scored a run.

“A good tone was set at the start of this one,” he said.

“We were the visiting team on the scoreboard because of the tournament’s set up, so we came out and scored five runs before (Weaubleau) had a chance to bat. Getting off to that good start was a key for us.”

Leading Seymour’s offense was freshman infielder Luke Rasmussen, who was 3-for-5 with two runs scored and one run batted in (RBI) from the leadoff spot.

Senior Scott Helms added a pair of hits, one of them a double, to go with two runs scored and three RBIs.

Junior Payton Bryant and sophomore Derek Akers also had two hits a piece. Bryant scored twice and had one RBI, while Akers doubled, scored a run and added one RBI.

Senior Nathaniel Hosiner reached base all four times he came to the plate. He had a triple, two walks, was hit by a pitch and scored a team-best three runs.

Freshman Brayden Baker rounded out the Tigers’ offensive attack by scoring a run with two RBIs.

“We just hadn’t been hitting the ball or scoring runs,” Duey said. “We did that in this game.”

Baker went the next 1-2/3 innings on the mound, giving up no runs. He walked five and had one strikeout.

Sophomore Cohen Koop pitched the final 1-1/3 innings and also didn’t allow a run. He gave up two hits and struck out three.

“Cohen got in a bases-loaded jam in the final inning,” Duey explained. “He got out of it by striking out the final two batters he faced.”

In the tourney’s first round, Seymour fell 4-0 to rival Mansfield.

The Tigers only managed three hits while being held scoreless.

Baker, Helms and Pearce had Seymour’s only hits, all singles.

Mansfield scored two runs in the second inning and two more in the sixth. Seymour had a single runner reach third. Hosiner took the pitching loss.

He went 5-2/3 innings and gave up four runs on five hits.

Bryant recorded the game’s final out in relief.

Pearce was the losing pitcher despite recorded a season-best 12 strikeouts.

He also carried the team offensively with two hits, including a double, and scored a run.

Bryant singled and scored, while Baker and Hosiner each added a single and one RBI.

Park and junior Brycen Owens had the Tigers’ only other hits.

The Tigers’ lone runs came in the fifth and sixth innings, respectively.

Seymour wrapped up its fall season Monday at the Summit Conference Tournament.