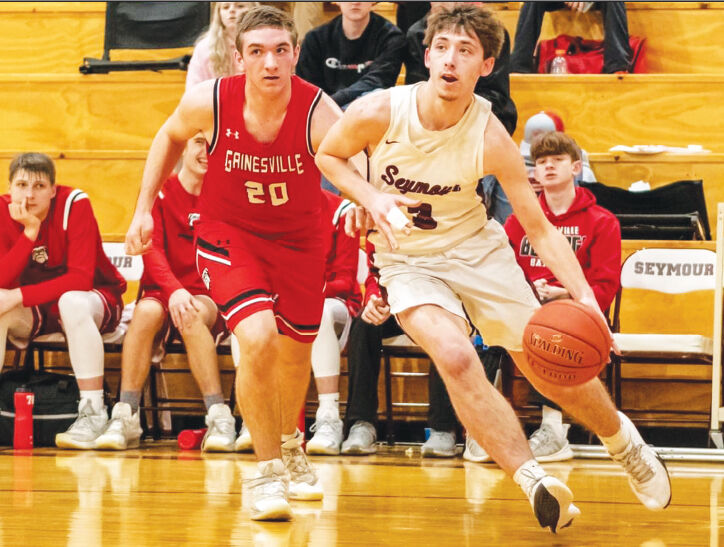 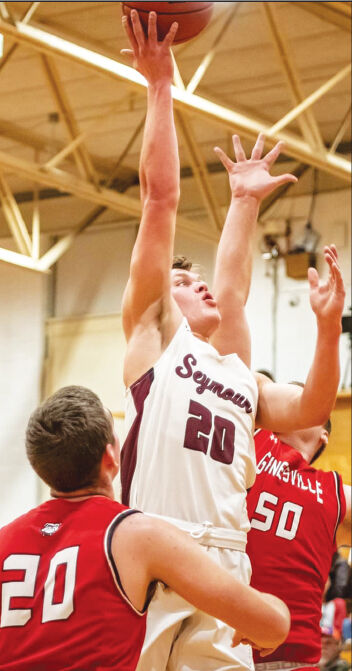 All of them have been close.

All of them have been winnable.

Yet the Tigers have lost all five.

The latest two defeats came in home action last week against Gainesville and School of the Ozarks, respectively, as Seymour’s record fell to 8-13 after the squad briefly held a .500 record late last month.

“It’s sort of the same story in all five games,” Tiger head coach Chris Hastings said. “We’re competitive the entire game. We’re in a position to win every one of them. But in the end, we have trouble scoring.”

In all five losses, the Tigers have failed to score 50 points.

In three of them, they’ve failed to score 40 points.

Last Tuesday, Feb. 2, against Gainesville, Seymour fell by a 50-34 count in a game the Tigers trailed by only six points with six minutes to play.

On Friday against School of the Ozarks (S of O), the host Tigers dropped a 46-43 decision in a contest that was close from start to finish.

“But late in these games, we’re just having trouble putting the ball in the basket. Turnovers also have hurt, but the biggest issue is simply scoring.”

That scenario played out Friday against S of O.

Seymour mounted a late comeback versus the visiting Patriots of Point Lookout, narrowing a 10-point deficit with less than two minutes to play to a single point at 44-43.

The Tigers had the basketball.

And got a layup with 15 seconds remaining.

“We missed it,” Hastings said.

“It was a tough loss. Period. But we didn’t deserve to win this game. We didn’t play well, and we’re not good enough to just show up and win against anyone.”

In a close contest, Seymour led 13-11 after one quarter, and the teams were tied 19-19 at halftime. Entering the final frame, the rival Patriots led 30-29.

“We had a lot of turnovers ... 27 of them,” he noted. “On more than a third of our possessions, we turned the ball over, many of them unforced.

“When we didn’t turn the ball over, we scored points.”

Leading Seymour’s scoring charge was the starting guard duo of junior Payton Bryant and sophomore Bill Daily, each with 10 points.

“Give credit to S of O,” Hastings said. “They played hard and really got after us defensively. But at the same time, we just didn’t execute. We played sloppy.

“To their credit, (S of O) had something to with that. They got after us and got out of our gym with a win.”

Three nights prior in a Summit Conference home game, the Bulldogs of Gainesville won by 16 points in a contest much closer than the final score showed.

Gainesville led most of the way, holding a 15-12 lead after one quarter that grew to 27-16 by halftime.

The Bulldog lead was 34-26 after three quarters.

“We cut the lead to six points with six minutes left and had the basketball,” Hastings explained. “We had the ball with a chance to cut the lead to four and even three points, but we turned it over, which led to a (three-pointer), and we were down nine instead of three or four.”

He said the Tigers’ defensive effort was strong.

“We just couldn’t put the ball in the hole,” Hastings said.

“Several times in the second half, we would get multiple consecutive (defensive) stops, but we couldn’t score.

“Throwing in 19 turnovers didn’t help — a majority of them unforced.”

Hastings said the loss likely relegates Seymour to a No. 3 seed in Class 2 district play.

“Best case, we’re the third seed,” he said. “Norwood will be the top seed. Gainesville is the second seed.”

He added that the visiting Bulldogs are a quality team.

“Gainesville has a lot of wins, and just before playing us, they had won the Sparta Tournament,” he said.

“Again, we’re battling some very good teams. We are in every game. We’re just not closing them out.”

Bryant led the Tiger offense with 9 points and 4 assists.

Benson and Pearce each scored 8. Benson led the team with 8 rebounds, while Pearce grabbed 6.

Daily scored 6 points, while Nunnally had 3.

Seymour’s regular season comes to a close early next week.

On Tuesday, the Tigers played host to Mansfield.

On Friday, Seymour travels to Fordland.

Both are league contests.

Next Tuesday, the Tigers play their regular-season finale at Marion C. Early of Morrisville.