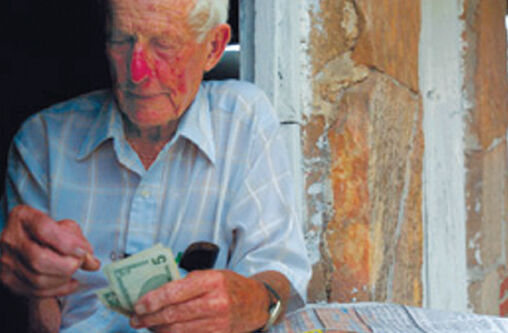 Harold Owen makes change for a customer at the former Owen Drive-In Theatre in 2007. 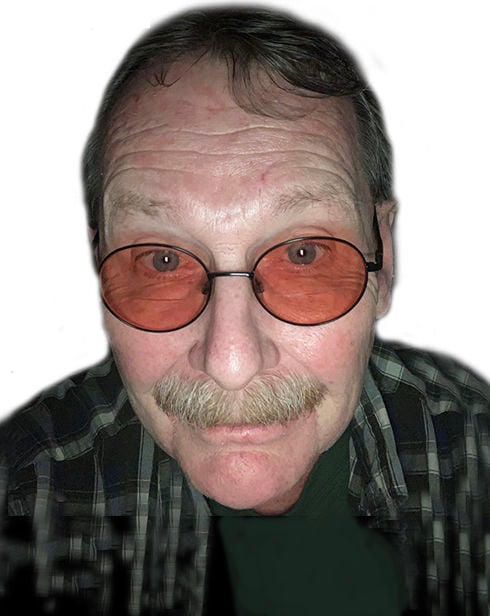 Harold Owen makes change for a customer at the former Owen Drive-In Theatre in 2007.

Last week’s walk down memory lane told the story of Seymour’s most-famous lawman, W.F. “Pistol Bill” Silvey, and his long-missing Smith & Wesson revolver. One of these days, I’ll have to retell the saga of another legendary lawman who kept Seymour safe in the 1940s, “Two Gun” Ben Absher.

That’s because I’ve been giving Dan a hard time about using the adjective “historic” every time he refers to the Owen Theatre in print as the “historic Owen Theatre.”

However, for generations of teenagers from World War II through our wars in Iraq and Afghanistan, a lot of history resides in that old native-rock building on the south side of the square since it first showed a black-and-white movie in 1941.

My personal history with Harold Owen and his venues began in the early 1960s and through the early 1970s, resuming again in 1997 after military retirement until his death at the age of 93 in 2013.

In those simple times of the “Baby Boomer” generation post World War II, folks knew it was time to get in a load of wood because winter was coming when Harold moved his shows from the drive-in east of town to the theater on the square.

During my childhood, one of the biggest days on the kids’ social calendar was the annual Christmas parade when Santa (Gilbert “Gib” Jones in a terrible Santa outfit with a scraggly cotton beard) on the old fire truck would hand out brown-paper bags of hard Christmas candy stuck together, some peanuts in the shell and an orange.

We didn’t care about Santa, the parade or the candy.

All of us were waiting for the main event. Every year following the parade, Harold would have a free show for all the kids.

I don’t think anyone ever heard any dialogue during these shows because of the noise caused by hundreds of kids cramming the theater, often three to a seat. Popcorn was constantly thrown in the air, sticky soda pop covered the floor and usually a kid or two would throw up (probably from eating the orange).

When I started going to the movies in the early 1960s, the Owen Theatre was starting to show its age. Some of the rows of seats weren’t anchored to the floor maybe as tightly as they should have been, paint peeled from the walls in a few places, the screen had a couple of patches where some unnamed miscreant might have thrown a penny through it, some stuffing was probably missing from a seat or two, it was best to wear warm socks and keep your winter coat on, and Harold made sure that kids too young to sit in the balcony with a girl were quickly escorted downstairs.

Speaking of the legendary balcony, many romances began, and even a few ended, in the private, dark environs in the back of the theater. Harold and his trusty flashlight made sure that amorous intentions were kept “PG.”

Readers today need to remember that except for going to “the show,” the only entertainment venues for teenagers in those days were school sporting events, church, Rainbow Girls, watching what was on the only three television stations and driving hotrods around the square. Later, finding an adult to buy some beer for you and your buddies and the infamous creek parties of the 1960s and 1970s augmented what kept teenagers entertained.

A common question in those days as everyone cruised around the square side by side on a Saturday night was, “Going to the show tonight?” Nine out of 10 times, the answer would be, “Yes.”

It wouldn’t be justice to the memory of the Owen Theatre not to describe Harold’s drive-in venue on the east edge of town. He sat inside the ticket booth at the entrance to the drive-in, also made from native rock, collecting what today would be a pittance for an evening’s entertainment.

Without a doubt, more beer was probably drunk during the summer season at the drive-in than was downed at Forrest Lynch’s tavern just across old Highway 60.

A rite of passage for bored teenagers here was “sneaking into the show.” This, I’ve been told and “never” participated in, could be done one of three ways. The safest way was in a buddy’s trunk. The riskiest way was to hunker down in the floorboard in the back seat. The most hazardous way was to scale a four-strand, barbed-wire fence in the dark and run through the cornfield with the leaves stinging your face and arms. Again, that’s what I’ve been told.

When cars stopped pouring in, Harold would shut down the ticket booth and then roam the parking lot. Anyone looking guilty would soon have Harold’s flashlight blinding them as he asked the question, “Got your tickets, boys?” He’d also try to smell your breath to see if you had been drinking beer. Back then, kids could buy cigarettes, so covering up the smell of beer could easily be done with a puff on a Marlboro “red.”

Again, I’ve been told that some sly boys would ask a girl for her ticket stub because Harold would seldom suspect an innocent young lady from sneaking in (although, allegedly, it did sometimes happen).

After military retirement, wife Julie and I spent several evenings each summer at the drive-in.

I’d always have a six pack of longneck Budweisers with me, and would pass two or three to Harold as I paid for our tickets. He loved longneck Buds ... especially if it was free and his daughter wasn’t watching.

For me it didn’t matter how bad the movie was because I went to the drive-in for what I called “Betty Burgers” that Harold’s daughter, Betty Graf, fried up on the little griddle in the concession stand. They were the best hamburgers I’ve ever eaten, made from quality beef Harold raised on his farm.

In his later years, Harold and I became good friends. He would stop in my office just about weekly, and we would chat about his great love, flying and his interest in flying saucers, both subjects he knew we shared in common. Harold flew for 63 years and saw several unexplained objects during flights over the Ozarks.

Harold Owen was an aviation pioneer, and his little airplane flying over town was the first one I ever saw. He ran his own airfield northeast of town, just across the road from the original hamlet of Waldo, established here along the banks of the James River, before the railroad passed through Webster County and folks moved a few miles south to the new town of Seymour along the Frisco tracks.

Giving credit where it’s due, the Seymour Area Arts Council turned the old 1941 rock building into a venue to point to with pride. I’ve seen several photos of the building, and it’s beautiful. Looking at those photos, it’s no longer the theater

I knew. Gone are the broken seats, patched screen and my friend, Harold Owen.

I haven’t visited the Owen Theatre since its renovation. I want to keep my childhood memories of Harold and going to the show the way they are.

Let me stress that my attitude about the theater is in no way a reflection on the fantastic job the Seymour Area Arts Council and hundreds of donors did saving the historic old theater from becoming just another abandoned building on the square with broken windows.

Harold’s memory deserved better than that.

Seymour volunteers again took a bad situation and made it better.

Fred Spriggs is the former news editor of the Webster County Citizen, a position he held for nearly 15 years and where he won dozens of national and state awards for journalism excellence. He now lives in rural Stone County in retirement with his wife, Julie, who also is a Seymour native.