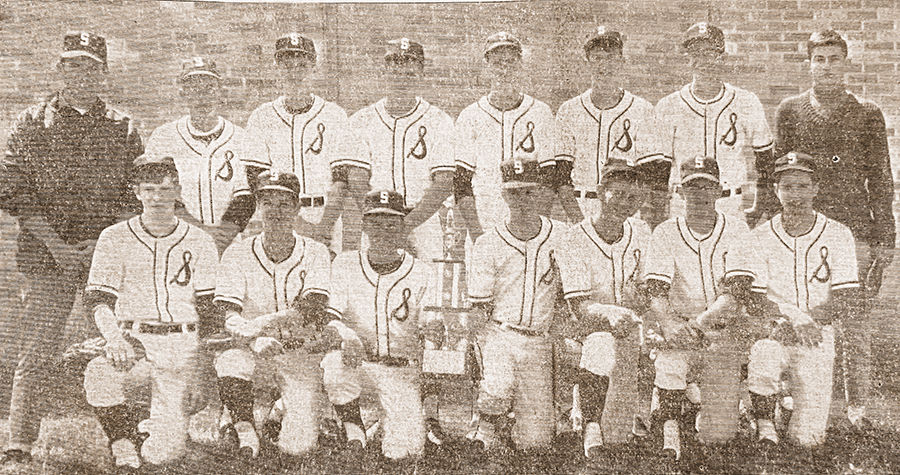 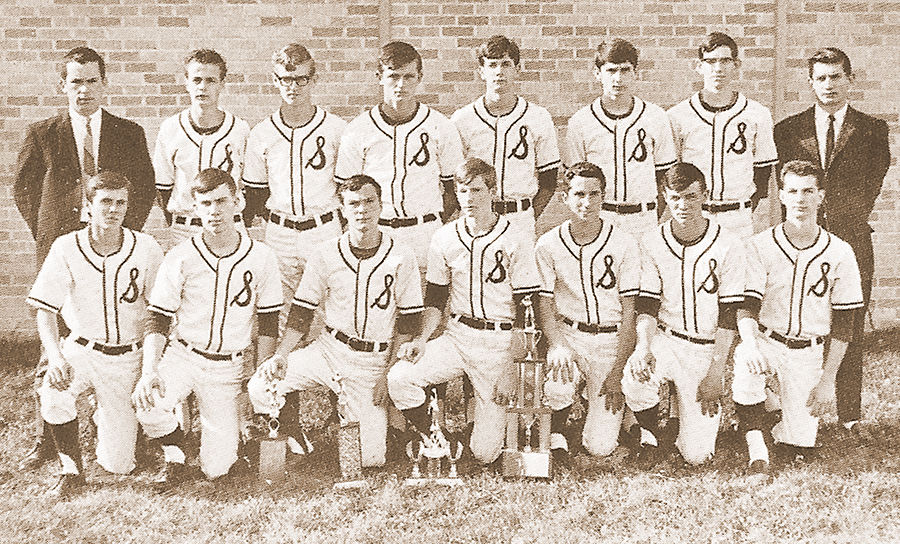 The Tigers of head coach Jason Duey got hot at the right time and won the program’s first district championship, then won two more state-playoff games to advance to the Class 2

“Final Four” in O’Fallon, where Seymour won in extra innings over Silex and reached the state-championship game.

Seymour finished second in the state.

The Tigers closed the campaign with a school-record 32 wins, including a 21-8 spring mark.

The previous season, Seymour won 31 games and had a 20-6 spring record. The Tigers also captured a share of the Summit Conference championship.

Nichols, who later became one of the state’s best baseball and basketball coaches while working in Mansfield and Lebanon, was freshly out of college and brought a winning attitude to Seymour.

In three seasons at Seymour, his Tiger baseball teams won 50 games and lost only 6.

The Tigers’ league mark during that run?

Seymour won a share of the league title in 1966, followed by outright conference championships in 1967 and 1968.

There were plenty of them.

But likely the top Tiger was left-handed pitcher Joe Hunter, who won 33 games on the mound from the fall of 1965 through the spring of 1968.

He lost only twice.

He was a four-year letterman for the Bears.

In 1972, a story in the Webster County Citizen by editor Max Good read, “Seymour’s own Joe Hunter enters the spring season at SMS as coach Bill Rowe’s top reliever after successful campaigns on the hill in 1970 and 1971. Said Rowe of his crafty lefty, ‘Joe’s our top man in relief and probably my most-reliable pitcher of them all.’ We know that from his days as a Tiger, when his pitching prowess made Seymour one of southwest Missouri’s best teams.”

Unfortunately, state playoffs in the late-1960s were a one-class system, and Seymour fell each year in the sub-regional play to larger schools from Springfield in 1966 and 1967, and the Tigers’ lone loss in 1968 came by a 6-5 count in the sub-regional to rival Mansfield, a team the Tigers defeated in conference play.

The 1968 squad was the most dominant.

Jackie Smith also was solid as a pitcher with a 4-1 mark.

Seymour won the outright conference crown with a 7-6 win over Mansfield. In the game, the Citizen reported, “Jeff Pool’s big bat was the deciding factor in the game as he slammed two home runs and a triple, driving in five of the team’s seven runs.” The story added that Joe Hunter, “struck out five of the game’s final six batters to seal the win.”

Before the season ended, Nichols announced that he was leaving Seymour to become the head boys’ basketball coach at Lebanon. Later, he would coach at Mansfield, then conclude his career back in Lebanon.

In the 1966-67 season, Seymour won the conference title with a 9-0 decision over Hartville in the spring finale.

Larry Duckworth was the Tigers’ hitting standout as he went 3-for-4 with six runs batted in.

The Citizen reported that, “For the season, the team ended with a .235 overall batting average with the leading hitter being Jackie Smith with a .333 mark, and Jim Hunter was the runner-up at .317. Larry Duckworth was voted by the team as the most valuable player.”

Seymour finished first in the Summit Conference, followed by Hartville in second, Mansfield in third, Fordland in the fourth spot, while Sparta was fifth. For the eight conference games, home-and-away games were played between each of the five conference schools.

Larsen again was the team’s manager.

In the spring of 1966, Seymour secured a share on the Summit championship by defeating rival Fordland 1-0 in an April 30 contest when Hunter “pitched brilliant two-hit ball while striking out four,” the Citizen reported.

The Citizen reported the game’s winning run, “Our team scored as Jackie Smith reached first base on an error, stole second and scored on a single by Larry Duckworth.”

The Citizen added, “Three other Tigers were above .280 batting marks with Jerry Lane and the Hunter brothers conquering the feat.”

Ava eliminated Seymour in sub-regional baseball action in an 8-7 thriller. Ava later fell in the playoffs to Springfield Hillcrest, which was led by future Major League Baseball pitcher Steve Rogers.

Nichols ended his baseball coaching career at Seymour with a stellar 50-6 record and a trio of league titles, two of them outright championships.

Husker Takeout: Frost illuminating in recent conversation; Manning on his way; and other nuggets from Monday