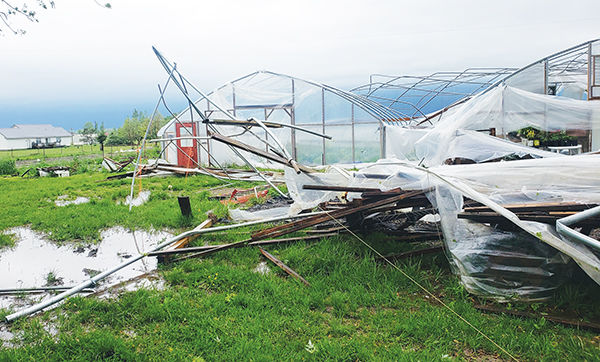 Damage northeast of town on Highway AB at the Mean Greens Farm. 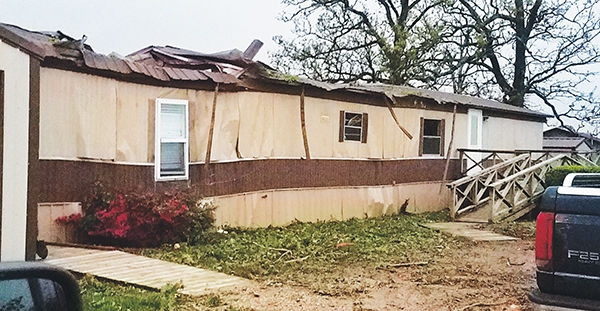 Damage northeast of town on Highway AB at the Mean Greens Farm.

Storm damage last Monday, May 4, didn’t end with the roof blowing off the old MFA feed building on the north side of the Seymour square.

In rural Seymour, damage was reported to the newspaper from both west and northeast of the city limits.

Northeast of town on Highway AB, the Mean Greens Farm, owned by Matt and Therrin Dickinson, sustained an estimated $50,000 or more in damage from winds of 80 miles per hour and higher.

Danny Roy, who lives at 159 Lone Cedar Drive, just off Highway AB, said the roof of his trailer was blown off at 1:45 p.m. that afternoon.

“Those winds were crazy,” Roy said. “I know they said it wasn’t a tornado, but it sure felt like one.”

On the city square, the roof from the old MFA building ultimately landed on Main Street, where six vehicles were damaged, four of them a total loss.