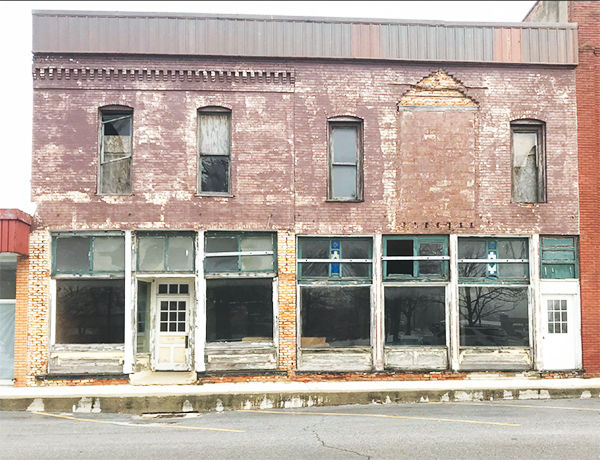 The former MFA feed building on the north side of the Seymour square has city aldermen concerned. 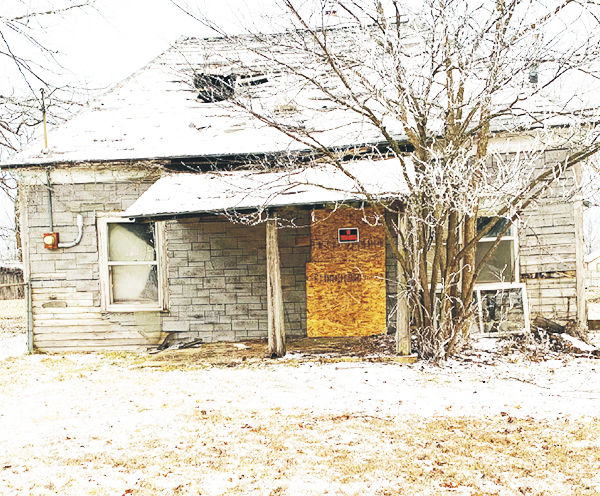 This vacant home at 519 East Summit Avenue has a hole in the roof.

The former MFA feed building on the north side of the Seymour square has city aldermen concerned.

This vacant home at 519 East Summit Avenue has a hole in the roof.

A year after the city’s Home Reclamation Project began and now has ended with the sale of a double lot on East Summit Avenue, South Ward Alderman Dan Wehmer unveiled a new program designed to eliminate dangerous dwellings in Seymour.

“I don’t have a name for it ... I just call it enforcing the laws we have on the books,” Wehmer said during his alderman’s report at last Thursday’s regular meeting of the Seymour Board of Aldermen.

“My first target is the old MFA feed building on Market Street on the north side of the Seymour. This building is dangerous, plain and simple. There are broken windows on the second floor with jagged edges and glass hanging, which could fall at any time.”

Wehmer told the aldermen that the old MFA building long has been a building in slow deterioration.

“It sold a few years ago, but the buyer has done nothing to improve it,” he said. “Listen, I’m sick of this. I’m all for renovating old buildings. But I’m not for buying up these old buildings, then letting them rot. That’s what has happened in East St. Louis or Detroit.”

“It’s evident to the naked eye there are problems,” Wehmer said. “And if the building is dangerous, then we need to do what we did last July with similar buildings on Anderson Street and Garfield Street.

“We need to declare them dangerous buildings and board them up, giving the owners 90 days to fix them. That’s the law in Seymour. We need to enforce it.”

Wehmer had two more buildings to add to what he described as his “board-up” list.

The other is at 216 South Division Street.

“Both of these homes are eyesores, both are past the point of repair, and both are dangerous,” he said.

“Again, they need to be inspected, and if they’re unsafe, then we need to board them up and give the owners 90 days to fix them.”

North Ward Alderman Jim Ashley said he had some properties to add to Wehmer’s list.

“One is this building right across from us,” Ashley noted, speaking about the brick building on South Commercial Street that sits between the laundromat and the former Cakebabyz building. “There are bricks falling, a broken window. It’s just not safe.”

Ashley also mentioned a home at the corner of B Street and Summit Avenue.

“That house is in bad shape,” he explained. “There is a hole in the roof. It needs to go on the list.”

The address of the home is 519 East Summit Avenue.

North Ward Alderman William Pogue and South Ward Aldermen Nadine Crisp both said they were in full agreement that the city needs to declare the homes cited by Ashley and Wehmer as dangerous.

“Rules are rules,” Pogue said. “If those home aren’t safe, then we need to board them up.”

“I agree,” Crisp said. “We could have a little kid wander into one of those buildings or homes and could get hurt. I sure don’t want to see that happen.”

Consent among the aldermen and Mayor Richard Vinson was given for the city to inspect properties on South Commercial Street, 519 East Summit Avenue, 511 East Van Every Street and 216 South Division Street. Also inspected will be a home at 524 East Summit Avenue.

Also mentioned was looking at a fire-damaged home on Center Drive.

Present at the meeting was Jason Thompson, who is a member of the city’s planning-and-zoning (P&Z) board.

Wehmer asked Thompson if he was willing to compile a list of the city’s most-dangerous buildings and homes on behalf of P&Z.

Thompson said he would.

“I’d like to see that list when this board meets again in a couple of weeks,” Wehmer said.

Gintz said that the city would begin the process of inspecting the aforementioned properties this week. She said that before the city begins the process of running the required legal notices and boarding up entries, the city will notify the property owners of safety issues.

Student can't walk at graduation unless he cuts his dreadlocks