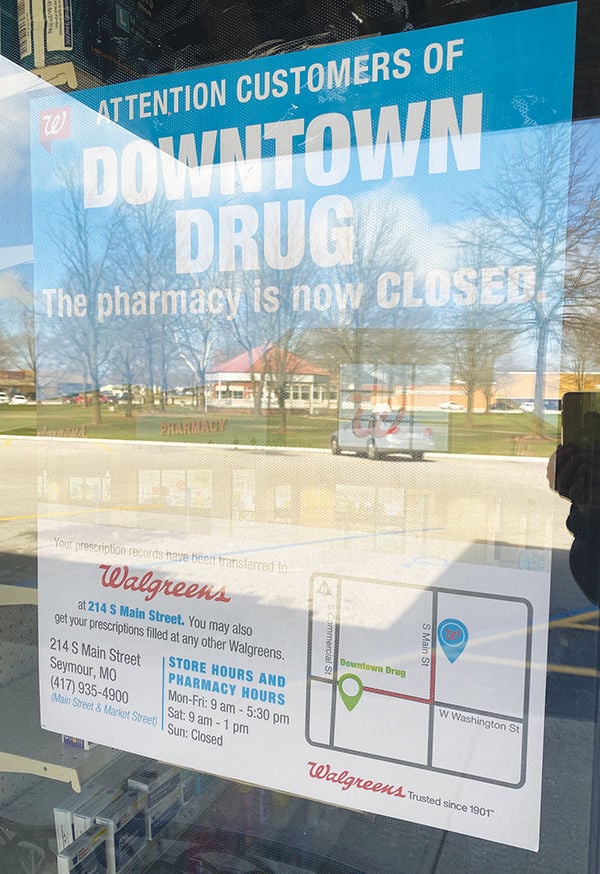 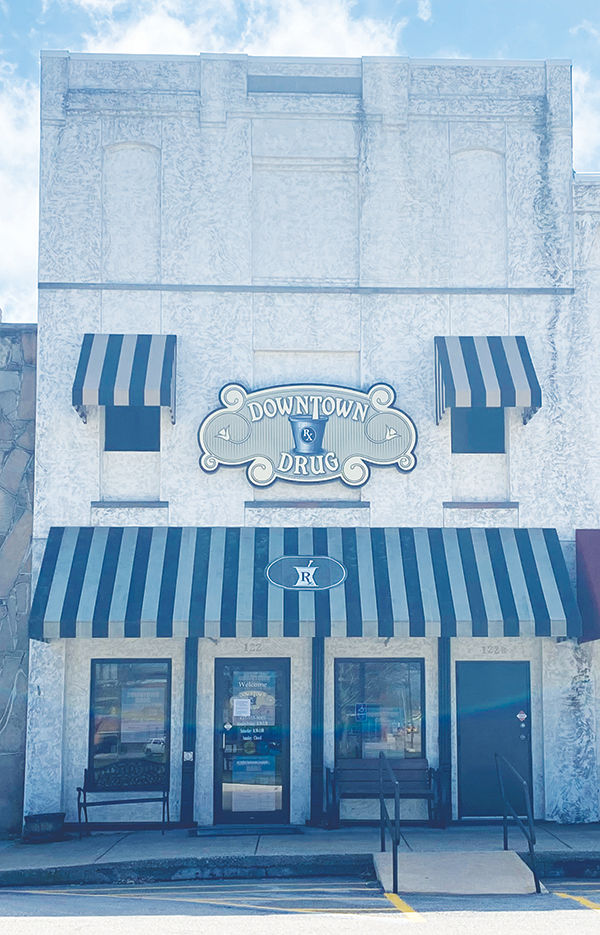 Downtown Drug no longer exists.
The local pharmacy, located on the south side of the Seymour square, abruptly shut its doors Wednesday morning, leaving only a note on the door directing pharmacy customers to get their prescriptions filled at Seymour’s Walgreens, located on the east side of the city square.
Workers at Downtown Drug were notified of the store’s closure late Tuesday, as the business was closing for the day.
“(Owner) Jim Coker sprung it on us yesterday at 5:30 p.m.,” said one employee, who didn’t want for her identity to be revealed. “We were in shock, of course. We had no idea this was happening. And now we’re all unemployed.”
The former employee told the Citizen that they were told Downtown Drug had sold to Walgreens.
“From what we were told, this has been in the works since last November,” the employee said. “Jim (Coker) told us that he was losing money at this store and sold to (Walgreens).”
Coker told his Downtown Drug employees that he wasn’t selling his other pharmacy in Rogersville. The employee who spoke to the Citizen said Coker told the Downtown Drug employees that he was focusing his efforts on his Rogersville Pharmacy.
“And he’s not hiring any of the Seymour workers at his Rogersville store,” the employee concluded. “I guess there’s some sort of a clause in the sale (to Walgreens) that none of us can work there.
“So, now we’re unemployed, given no notice that we were losing our jobs. Not a good situation for any of us and also not the best situation for our customers.”
More on Downtown Drug’s immediate closure will appear in next week’s (April 1) edition of the Webster County Citizen.

This story is available to all readers in the interest of public safety. Please consider supporting our coverage of the coronavirus outbreak  and supporting local journalism by subscribing to the Webster County Citizen. Only $3 for a month of unmetered online coverage. You can subscribe and the bottom of the Home page under “Services” then “Subscription Services”. Or follow this link: https://www.webstercountycitizen.com/site/forms/subscription_services/ For our eEdition at the top click on eEdition and then on "Need an account. Sign up." Or follow this link:: https://digital.webstercountycitizen.com/sub/account_login.php

Can't pay your mortgage? Here are your options

Nurse practitioner: In 20 years, I've never seen it this bad