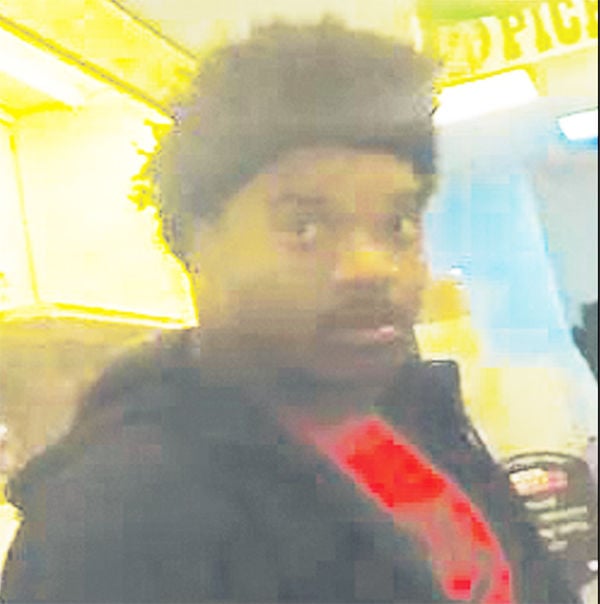 This photograph of the man who attempted to fill a fake prescription, then struggled with and also injured a Seymour Police Department officer, was captured by Cpl. Alan Goff's body camera. 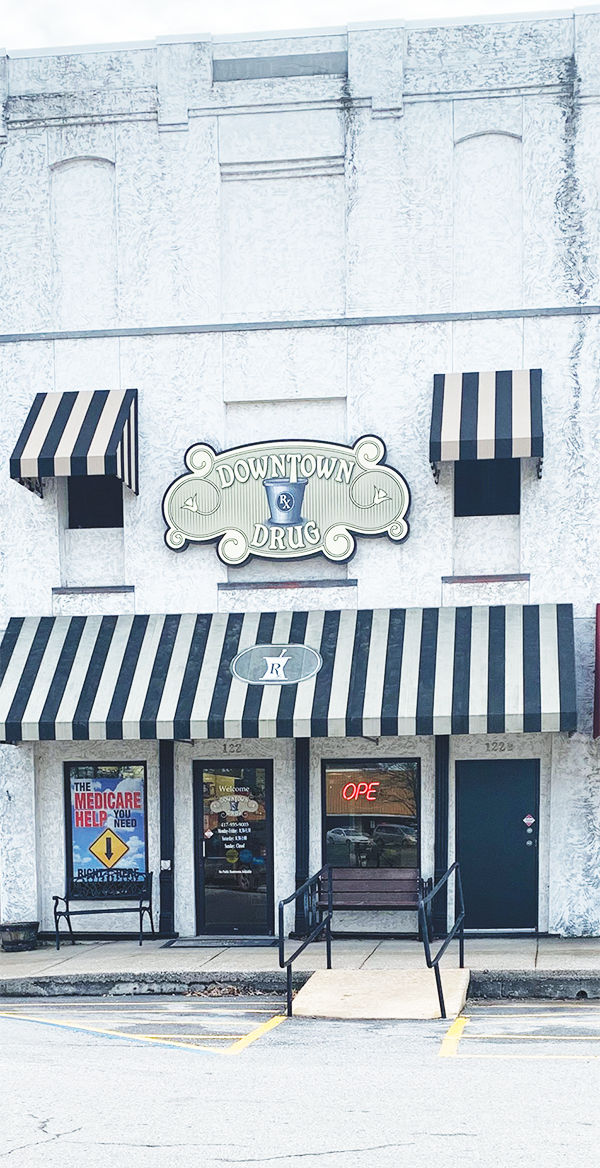 Downtown Drug on the south side of the Seymour square was the scene of a crime and assault of an officer late last Saturday morning.

This photograph of the man who attempted to fill a fake prescription, then struggled with and also injured a Seymour Police Department officer, was captured by Cpl. Alan Goff's body camera.

Downtown Drug on the south side of the Seymour square was the scene of a crime and assault of an officer late last Saturday morning.

A prescription scam was stopped late Saturday morning at Seymour’s Downtown Drug, located on the south side of the city square.

But in the process, a Seymour police officer was injured, suffering a fractured leg that required his transport to Cox Medical Center South in Springfield.

As a result, the man attempting to fill a bogus prescription escaped the scene, then avoided a local manhunt. He remains sought by law enforcement.

“It’s frustrating that he got away, but there’s no doubt he had assistance in doing so with a driver nearby,” said Sgt. Chase Davis, detective for the Seymour Police Department.

“I’m confident that we’ll eventually find him. There’s some sort of local in all of this.”

The man sought by law enforcement is a black man who is about 5’10” tall, weighing an estimated 220 to 230 pounds.

His hair is short on the sides and has an afro on the top.

“This guy was trying to fill a fake prescription that had codeine in it,” added Cpl. Steven Pogue of Seymour’s force.

“Once our officer showed up at Downtown Drug, he became very frantic. The scene quickly became crazy.”

Around 11:30 a.m. Saturday morning, an employee from the local pharmacy called the police department, reporting that she suspected a fake prescription.

“There’s a background on this,” Davis explained.

“That previous Thursday afternoon, we had a report of this. A caller tried to get this same prescription filled. He gave a fake name, the pharmacist called the alleged doctor in St. Louis, and the doctor there said it was bogus.

“About four hours later, the guy called back. The pharmacy told him it would be ready in 15 minutes.”

But the man never arrived.

“He didn’t show on Thursday, then didn’t show again on Friday,” Davis said. “We told Downtown Drug that if he did call again or come to pick up the prescription, then give us an immediate call.”

“The man shows up, then Alan walks in,” Pogue noted.

“Alan told the man that he knew the prescription was a fake one, then the man went berserk, pushing shelves over, pushing over the card rack.”

Pogue said the man then pushed Goff, who tried to shoot the man with his Taser.

Davis said the engagement in the pharmacy lasted only 16 seconds.

“That’s how fast it occurred,” he said.

Once the man escaped from Goff’s grip, he ran east down the sidewalk toward O’Reilly Auto Parts, then disappeared around the corner.

Goff began to pursue the man; however, he soon realized that he was injured.

“Officially, it’s a spiral fracture of his leg, the fibula,” Pogue explained. “Alan was taken to Cox South after the injury, then he had to go to a specialist.”

Davis said Goff’s recovery won’t be a short one, likely eight to 12 weeks.

Pogue said that once the man at the pharmacy disappeared, Cpl. Gabe Stroud of the Webster County Sheriff’s Department led a local manhunt with the assistance of the Missouri State Highway Patrol.

Pogue said an investigation has revealed the man likely pulled off his scam a week prior in Seymour, as well as at a pharmacy in Sparta.

“This seems to be something this guy does on a somewhat regular basis,” Pogue said.

To that end, Davis and Pogue said the local department is seeking any information about the man or his potential crime accomplices.

“You also can reach out to us on Facebook,” Pogue added.

Pop star opens up about struggles with bipolar disorder

Was Gui Minhai's TV confession made under duress? (2016)