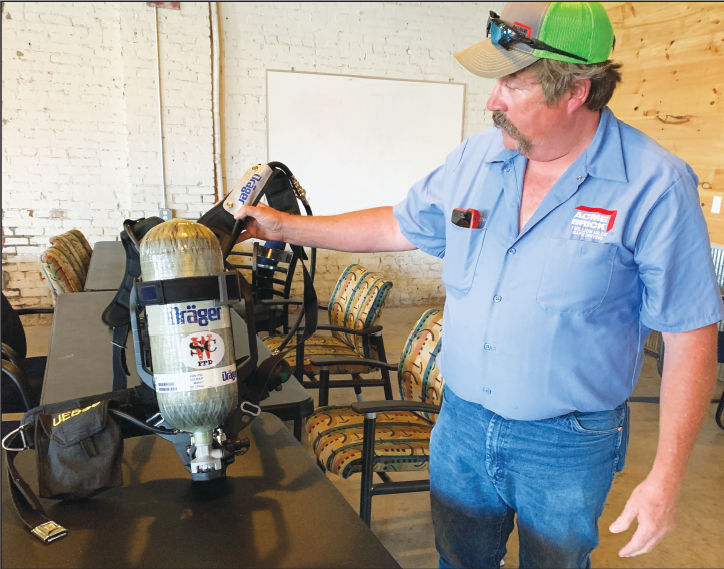 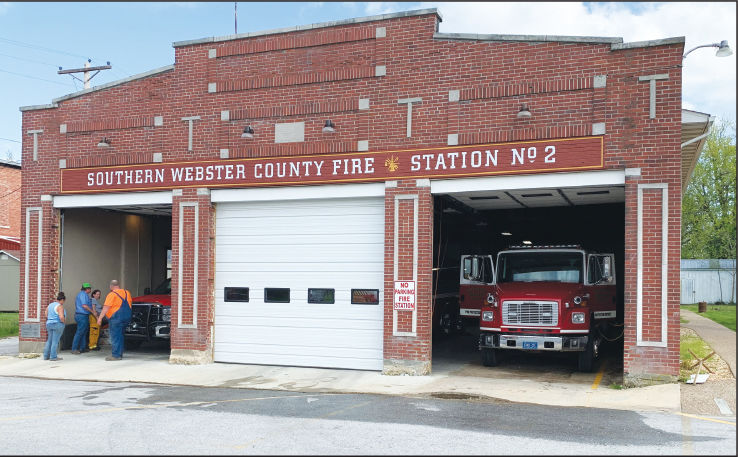 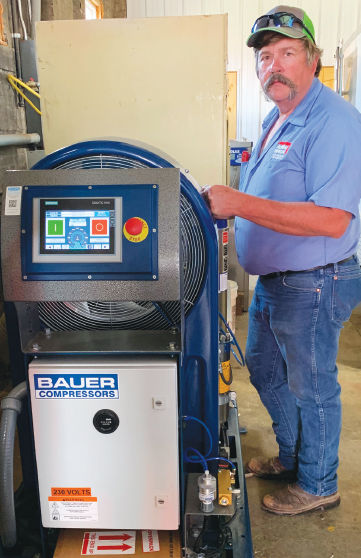 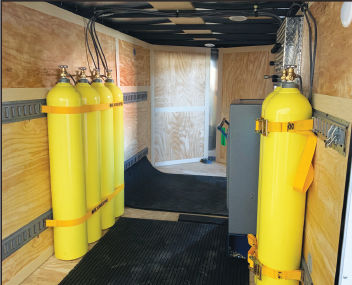 David Smith, president of the elected SWCFPD board, which covers a large geographic area in southern Webster County through four fire stations, showed off the new equipment earlier this month, including 25 new Dråger air packs and a breathing-air compressor used to fi ll the bottles that feed the air packs.

A $156,000 grant from the Federal Emergency Management Agency (FEMA) paid for the 25 air packs — a breathing apparatus that allows first-responders and firefighters to go into a hazardous environment.

“This upgrades (responders) to 45 minutes of available air during a rescue scenario,” Smith explained. “There also is built-in communications in the new air packs.”

The FEMA grant, awarded last November, was received in January.

The air compressor was purchased by the SWCFPD via a $40,000 lease-purchase agreement with Wells State Bank.

“It’s a breathing-air compressor that we use to fi ll the bottles for the air packs,” Smith said. “It goes hand in hand with the air packs.

“Now we can fill bottles at the emergency scene or fire scene as the new compressor is on a trailer.”

The new equipment enhances the SWCFPD’s ability to provide quality assistance in any emergency response.

“Since I’ve been on the board, I can say without a bit of hesitation that the focus of the board and the volunteers is to simply get better each day, each month and each year,” Smith said. “We want our volunteers to have better training, better equipment and ultimately, this means better service for the people who we protect.”

Currently, Smith said the SWCFPD has 45 people on its roster, all volunteers.

There are four SWCFPD stations. Station 1 is in Fordland, Station 2 is in Seymour, Station 3 is in Diggins, while Station 4 is located on Highway Z in the Olga community.

Trista Lucas is the captain at Station 1, Smith is captain of Station 2, while Tim Ince is the Station 4 captain. There is a vacancy at Station 3.

“We’d like to add stations in the outlying area in the future, which would help get our fire rating down,” Smith said.

“And if we’re looking into hopes for the future, we’d also like to be able to have two paid firefighters if the funding can be acquired.”

Anyone interested in becoming a volunteer firefighter can call Johnson at 417-840-4294.

Members of the SWCFPD board include Smith as president and Randy Lawson as vice president, while directors are Reggie Bumgarner, Kevin Lucas and Teri Myers.

Lucas, Myers and Smith are from Seymour, while Bumgarner and Lawson are from Fordland.