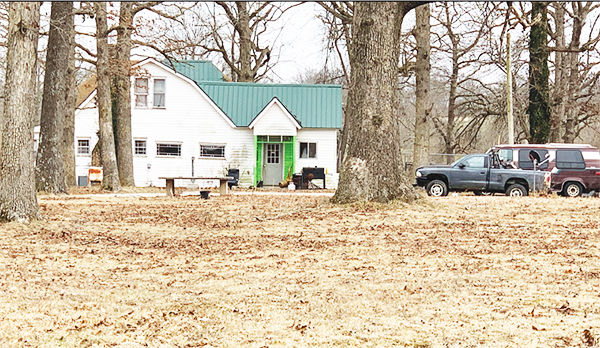 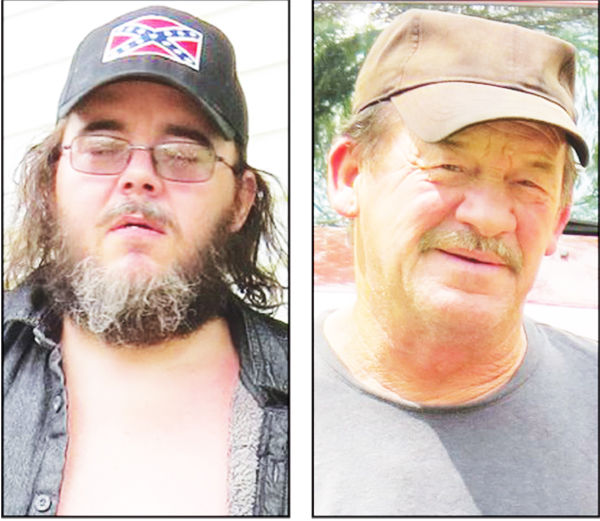 Sgt. Chase Davis, the detective for the Seymour Police Department, called the home “the house of horrors.”

That’s because of the heinous nature of the allegations of crimes leading to last week’s search warrant.

“Officers were looking for evidence related to a variety of sexual crimes against children,” Davis said. “And (officers) found corroborating evidence that matched stories told by the children and witnesses.”

Davis said the victims include a 14-year-old girl and a 13-year-old boy, who are siblings.

“Abuse against the girl goes back to when she was only 12 years old,” he said.

“It’s just sad. Very sad. No child should ever have to endure what these two kids have been through.”

As a result, two local men have been charged with multiple felony counts.

Davis said felony charges are pending against both men in another county.

Both currently are being held at the Webster County Jail in Marshfield, where the bond for each man has been set at $500,000.

“Both (men) were arrested last Thursday before the warrant was served,” Davis noted.

He added that Barnett’s 20-year-old brother, Eddie, was living at the C Street home while he was out on bond.

“Eddie was charged in Wright County on a different case, statutory rape in the first degree with a victim under the age of 14, and he was arrested on Jan. 14,” Davis explained.

“It was a violation of his bond to be living in that home on C Street with those two kids.”

Why were the children in the home?

“Sam Barnett is a uncle by marriage to the two children,” Davis noted. “But he wasn’t raising them or helping them. He was terrorizing them. They were his victims.”

“Let me paint a basic picture of this house,” he said. “This was a home where no human should live. It was that filthy. The living conditions were terrible.”

According to Davis’ probable-cause statement, some of the evidence that officers brought back after the search warrant was roach infested. In fact, some of the actual evidence items were covered in roach feces.

He noted that back in 2015, a different child allegedly was molested in the same C Street home.

“That suspect was charged and ended up shooting and killing himself in a van in Strafford before the trial,” Davis said. “Mike Ross worked that case back then for the Seymour Police Department.”

Davis said Sam Barnett lived at the home at the time of this alleged crime more than four years ago.

When officers served the warrant on Thursday afternoon, Davis said the C Street home was infested with a colony of cockroaches, there was widespread animal feces on the floor and rooms where the children slept were filled with junk.

“It was utterly filthy,” he said.

Prior to the warrant service, Davis said the children were removed from the home on Tuesday, Jan. 14, by the county’s juvenile office and placed in emergency care.

“Those kids need our prayers,” he said. “What they have been through ... well, no one, especially a child, should have to endure what they’ve had to endure.”

“A lot of credit goes to the sheriff’s department for their vital assistance to us on working this case,” Davis concluded.

Working the case for the local force were Davis, Pogue, Rodriguez and Cpl. Alan Goff.

Ben Affleck relates role to own experience with alcoholism